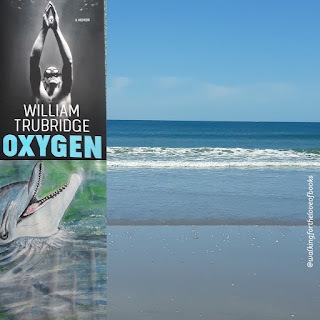 Oxygen by William Trubridge
Genre - Memoir.
.
I, personally bought this book without any recommendations, or, gifting from any book companies. I bought this book online from paperplus.co.nz and as a personal choice.
.
After viewing a television broadcast of our very own NZ freediver, William Trubridge on a couple of occasions, I had to buy this book. .
"I had promised New Zealand that I would be back to try for the record again and that when I finally reached the mark it would be dedicated to everyone who had supported me in the process."
.
I remember the failed attempt and I remember those words William spoke.
.
"This time, there were no hiccups and after being under water for 4 minutes, 30 seconds, I surfaced and claimed my seventeenth world record."
.
I remember the triumph, the happiness and elation. However, it wasn't until I read Williams memoir, that I found out how hard this had been in the first place.
.
This memoir has stages that seperate readers can identify. Life as a child growing up on a boat, free diving as a sport, ethnic and techniques used in his training and Williams affinity with the sea, dolphins in particular and other sea creatures.
.
I sincerely thank William Trubridge for opening up part of his life and letting us see how his life is.
.
😊 Happy Reading
Book Quotes 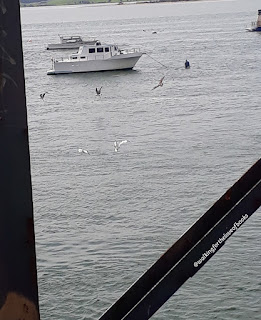 "With the seventh stroke I pulled myself into a freefall position, like a seabird tucking it's wings into it's body as it plummets seawards".
.
.
📷 Tauranga. North Island. New Zealand.  Walking out and about in Tauranga, we came across a very pleasant surprise.  We found a railway bridge with an attached walkway.  Plenty of photos taken here.  I was experimenting with framing the shot.  #bekindandsmile😊😊 . 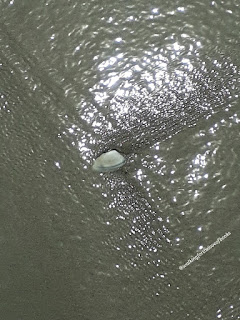 "When thoughts are scarce, time really does lack any sense of scale"
.
📷 After spending a length of time walking and discovering the beauty of Tauranga, what better way to reward yourself than paddling your hot feet in a cool embracing love of the sea.  #bekindandsmile😊😊 .
Currently Reading 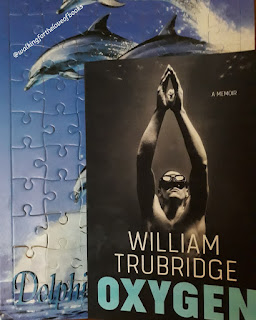 "In freediving my foremost intention has never been to set a record or reach a certain depth, but rather to try to come as close as possible to human aquatic potential, whatever that may lie." .
. 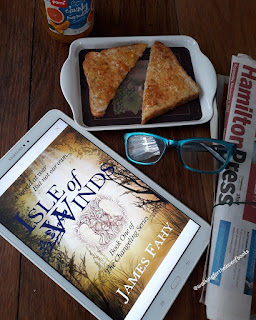 Isle of Winds by James Fahy

"Our companion is currently using his own skin and cannot spare it.  He would be awfully inconvenienced by it's loss"

I found the above quote, highly amusing, intriguing and extremely funny, in fact I can't believe what a funny book this is!!

Robin, who is the star of the book, lived with his Gran, with blue rinse hair.  Gran dies, so was sent on a train to his "never met" Great Aunt Irene, who lives in Barrowood, Erkling Hall.  Robin finds out he isn't normal either and there is a different world waiting for Robin in the Netherworlde.  During the book we meet Henry, who ends up being Robins best friend. We meet Phorbas, who is Robins teacher that's full of tricks up his sleeves and then there is Karya, who has very little tact and slightly offhandish, a bit of a bossy boots. There are also a few other unsavoury characters in the book that try to sabotage a mission that takes place.

All in all, Isle of Winds is very similar to Harry Potter, but a funnier version of it, plus I could see this book turning into a pixar movie.

Thank you James Fahy for writing such an entertaing book 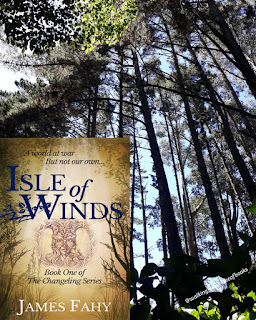 "The girl raced through the forest, tumbling through deep drifts of Autumn leaves" - Isle of Winds by James Fahy 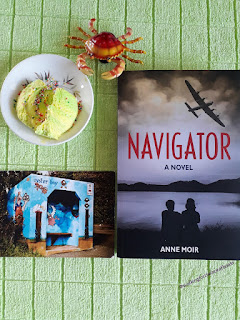 Genre - Historical Fiction.
.
"They'd driven out there three Sunday's before in the new car, enjoyed an ice cream at MacAndrew Bay, just a day before Molly became ill"
.
Historical Setting - mainly Dunedin and Southland area, New Zealand.
.
Joe was bought up on your typical family farm, near Invercargill, Wesley Bush, where there is a tight community spirit, where everyone knows everyone.
.
Joe was teased at school because he found out his oldest sister was his real Mum.
.
Joe sort a passion for planes and as he grew older joined the RNZAF to fly Lancaster planes, his dream job came true in being a Bomber Command Navigator.
.
The book, "Navigator" tells the life story of Joe, married life, life as a pilot and the tension between his real mother.  The mystery and agony throughout Joes life remained when a burning question that took over him - Who was his father?  Something his mother would not reveal.  Does he find out?
.
I want to thank Your books (yourbooks.co.nz) (Christine Borra) for gifting me "Navigator" in exchange for an honest review.
.
I enjoyed "Navigator" as it bought back memories of living in Dunedin, I remember all streets and suburbs and it was pleasant that Anne Moir mentioned - down the bay, where I originally grew up.  Hence the quote, as many a times, my family and I would go to MacAndrew Bay for an ice cream.
.
Happy reading 😊
at February 06, 2018 No comments:

Book Review - Death On The Nile by Agatha Christie

Book Review by Pauline Reid  🕵🏼‍♀️ Death On The Nile by Agatha Christie 🕵🏼‍♀️ What This Book Is About  A murder is committed on a c...

paulinereidbookreviewer
I am a book reviewer. Please feel free to browse through my book reviews/recommendations.